Where were we?
High Fructose Corn Syrup is just sucrose (sugar) with greater amounts of fructose (sugar found in fruit). I closed out part one of this post with what the American Dietetic Association has said, “Once absorbed into the bloodstream, the two sweeteners [sugar and HFCS] are indistinguishable.” The FDA reaffirmed it’s safety in our food supply in 1996.  Lastly, the American Medical Association has stated HFCS is so similar to sucrose it appears unlikely that it contributes more to obesity and other conditions than sucrose.
My Opinions:
Here’s the rub.  Sugar is sugar at the end of the day, whether its sucrose, fructose, glucose, etc. At this time it appears HFCS is not a mortal enemy because we don’t have any definitive evidence to indicate otherwise. Regardless, HFCS is still sugar.  It’s not made of unnamable chemicals.  It doesn’t include ingredients like tire rubber, Pinesol, or Styrofoam.  Let’s all just take a deep breath, count to ten and calm down! Gosh, this is like that time I witnessed Santa remove his beard after the night shift at a Macy’s Department Store.  Feelings of horror, followed by disappointment were practically palpable. I can recall it so clearly, which may be due to the fact that it was only four short months ago.
It seems like anytime people want a product viewed negatively they link it to cancer and wash their hands.  So I went to the American Cancer Society website where I found their Seven Steps to Reduce Your Cancer Risk.

“Researchers say if we stopped using tobacco, grew thinner, exercised regularly, avoided diets rich in red meat, and ate diets rich in fruits and vegetables, we would prevent two-thirds of all cancers.”

Not one of these Seven Steps specify staying away from HFCS. However, one of the Seven Steps recommends eating more fruits and vegetables and less red meat. In conjunction with this recommendation, they state to limit intake of refined carbohydrates, such as pastries, sweetened cereals, and other high-sugar foods.  I hope by now you’ve gather that HFCS is just sugar.
We as a population, consume way too many refined carbohydrates in a day.  These foods aren’t doing us any favors.  On top of that, they may be replacing other nutrient dense sources (e.g. fruits and vegetables). Lastly, I promise, diets that tend to be high in fat, sugar and salt lead to weight gain and increased risk of obesity. As every freaking health professional out there who has ever written any book, magazine, journal, or been on any television or radio program will tell you, carrying excess weight increases one’s risk for heart disease, hypertension, diabetes, cancer, infertility and the list goes on.  Phew! Are we there yet?
So how much sugar am I allowed!?! Well, no dietary guidelines have defined the amount of fructose you’re allotted in a given day.  However, your friends over at the American Heart Association have recommendations on added sugar consumption.  Women get no more than 100 calories of added sugar (about 6 teaspoons), men its no more than 150 calories (roughly 9 teaspoons).

To put it in applicable units, I used the Original NESTLÉ® TOLL HOUSE® Chocolate Chip Cookie recipe.  I’m ball-parking here, but based on the AMA recommendation women get almost four cookies while men can have closer to five and a half.  That doesn’t sound so bad right? Well, that’s just the cookies. You eat added sugar in other items throughout the day. Remember that yogurt you had for breakfast? Added sugar. What about the Pepsi you drank at lunch? Added sugar. I’m not trying to sound like the food police, I just want you to know what it means when they say added sugar. I eat cookies too!Interestingly, the commercial states that “[HFCS], like sugar, is fine in moderation”. Yes it’s true, it’s fine in moderation. However, high fructose corn syrup is EVERYWHERE – 100 calorie packs, salad dressing, cereals, bread, granola bars, flavored yogurt, condiments, canned vegetables, soda, fast food and the list goes on.  What if 90% of the foods we consume in any given day contain high fructose corn syrup? Sadly, I think that falls out of the “moderation” category and into the “over-consumption” category.
From a Business Perspective:
Remember your father or grandfather telling you, “if it ain’t broke don’t fix it”. Well, now it seems numerous food companies in America have buried that ideal and adopted the consumer-friendly notion that “if it doesn’t earn the largest possible profit, fix it”. I’m not about to get on my soapbox on how the food system runs in this country.  That is for another day. Having said this, the use of HFCS is all about saving money and creating a larger profit margin.
HFCS is great for manufacturers who want to sweeten their products, while using less ingredient(s) to do so. As mentioned before, fructose is much sweeter than sucrose and HFCS is just regular corn syrup with a greater amount of fructose. By using HFCS manufacturers are able to use less sweetening agent and still yield equally sweet products by the end of the process. How sweet a combination it is to come in under budget while making more money!
Corn’s Infiltration

Food Inc. is a documentary on our nation’s food supply. In this 94 minute eye opener, Troy Roush, the Vice President of the American Corn Growers Association says, “In the United States today 30% of our land base is being planted to corn.  That’s largely driven by government policy…policy that allows us to produce corn below the cost of production.  The truth of the matter is, we’re paid to over produce and it’s caused by these large multi-national interests.” As I mentioned in the first post, The Corn Refiners Association put out these HFCS ads, so you better believe they have an interest in keeping this stuff in a favorable light.

“It’s made from corn, it’s natural..” says the mother pouring the sugar water beverage. I ask you this. Does “because it’s made from corn” make it “natural”.  The word natural is thrown around a lot in our food supply because it’s use, specifically in regard to labeling, is unregulated by the FDA. If there is one thing you should have noticed in the first post, it’s that in order to make high fructose corn syrup, sucrose must undergo man induced enzymatic reaction. I don’t know about you, but when I think of something as being natural I tend to (foolishly?) believe it can be found in nature.  Last time I checked there weren’t any high fructose corn syrup plants lying around. Maybe I’m mistaken.  Someone get me Ken Jennings number, stat!
At the end of the day the issue isn’t any one ingredient, it’s simply the over consumption of highly processed and refined foods, many of which just so happen to contain high fructose corn syrup. 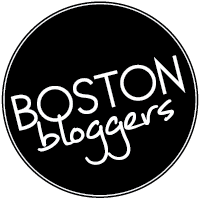